Generating electric power on-site is as old as the industrial revolution. As central power plants became abundant and main stream, only the largest industrial facilities found it economical to continue to generate their own power on-site. Starting in the the mid-1970s, a new generation of smaller, engine-driven generators were developed for continuous operation. Federal legislation was passed and a whole new industry of on-site power generation was ‘re-born.’ Today, it is legal to connect to the electric grid for back-up/supplemental electric power and to even generate power back into the grid. However, the economics of doing it remain very challenging.

There is no question that generating electric power on-site and capturing and using the waste heat off of the engine-genset is far more energy efficient than central power plants that dump all the waste heat to the environment. Central power plants generate electricity at about 30% efficient (large coal-fired boilers) or as high as about 60% if using combined-cycle fuel-fired turbines. They then loose up to 10% of that electricity in the Transmission and Distribution Grids getting it to the point of use. On-site power generators can get a combined efficiency of over 80% when using all of the electricity and waste heat. The challenge is doing it economically competitive with grid power and purchased natural gas for direct gas-fired applications. 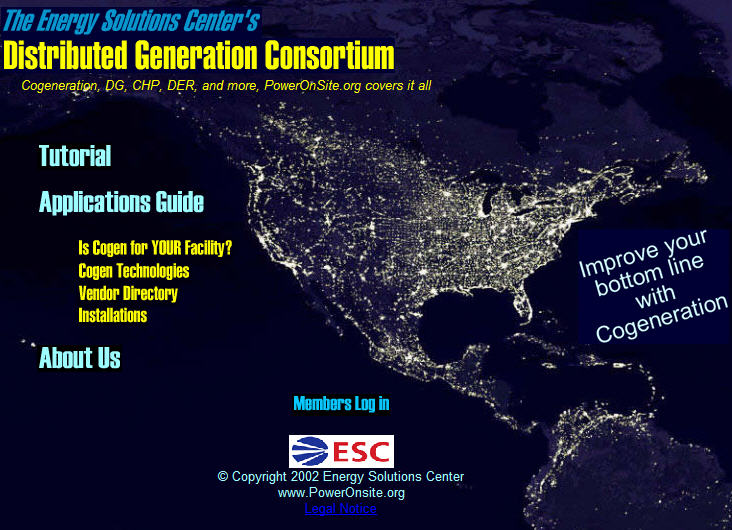