Manufacturing facilities with high internal heat gains in one area and adjacent cold areas, and facilities with high ceilings that have significant temperature differences between ceiling and floor levels, can benefit from the installation of a destratification system. Destratification systems can save energy/money if they are used to avoid using energy to produce space heating, when an otherwise ‘free’ source of heat is available. They can also improve occupant comfort by improved temperature uniformity which can save money by avoiding over-heating a space in an effort to get the heat down to the floor where it is needed.

Destratification systems requires that the air be relatively clean. They are common in warehouses and large agricultural facilities – such as greenhouses.

Some ducted destratification systems can be supplemental fired and/or bring in outdoor air; in effect, they become low-cost make-up air systems.

Facilities that have air-turnover, blow-thru space heaters and larger make-up air systems are not as likely to benefit from destratification systems. The air in these facilities should already be fairly well mixed, assuming the systems are performing as designed. Facilities with unit heaters and multiple, small heating units (such as hot water or steam unit coils) are good candidates for destratification systems.

A wall or ceiling mounted fan is connected to air intake vents blow outside air into a plastic tube suspended along the ceiling. The tubing has specially sized and spaced discharge holes on both sides along its length and has the end closed off. High velocity jets of air are created through the openings in the tube. These jets of air mix with the warm ceiling air to complete the tempering of the cooler fresh air.

The result is inexpensive heated make-up air distributed evenly and comfortably throughout a building. 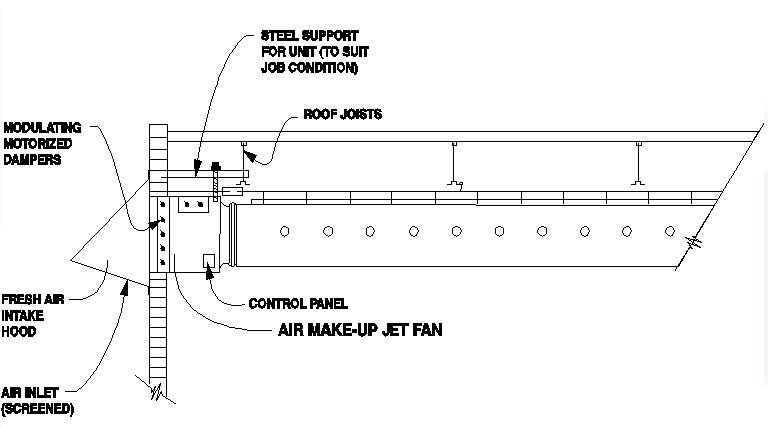 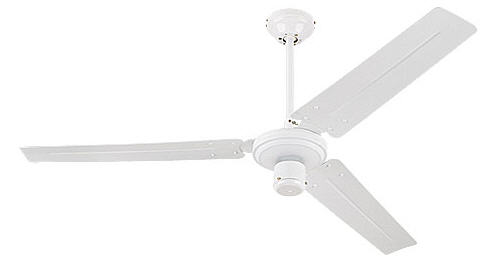 Ceiling fans are used to force hot air from near the ceiling back down to worker/floor level. The larger the temperature stratification (temperature difference between ceiling and floor) the more effective the ceiling fan will be.

Ceiling fans are rated in fractions of a horse-power. Each manufacturer has a suggested spacing based on ceiling height and the size of the fan. In general, the higher the ceiling height, the larger diameter blade and faster RPM a fan should be in order to push the air all the way back to the floor. 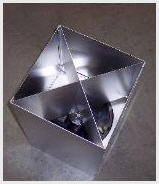 Vortex-style fans such as the Air Row Fan design, use a column of air instead of a wide stirring of the air such as is done with paddle-type fans. Air Row states that their fans are quiet and use less electrical energy. They also can be effective at directing the air flow to a certain location, such as the aisles or where people are located. 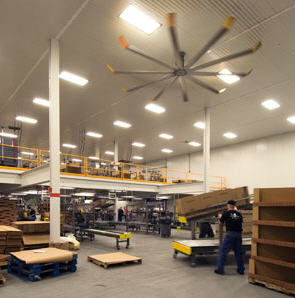