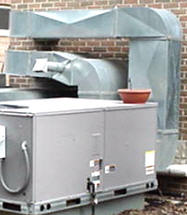 Seal and Insulate Ducts – primarily if located outdoors or in unconditioned spaces. There is some benefit for sealing ducts in conditioned space also, such as noise-reduction and getting more conditioned air to its intended space. A common joke is “…you can use duct tape for everything but ducts…” refers to the old cloth-type duct tape that is no longer approved for most duct applications. Foil-faced tape, heat-activated foil tapes and sealant such as silicone are preferred methods to seal ducts. Fiberglass remains the most common duct insulation.

Ducts made from rigid fiberglass or metal ducts insulated on the INSIDE with fiberglass have received some criticism from those concerned about indoor air quality, saying the small glass fibers can move into the air stream. Some controversy remains, but there’s not much evidence of a widespread problem related to this.

Aeroseal – is a new technique that combines duct leakage testing and sealing into one operation. A calibrated duct pressurization fan is attached to the duct system, and the leakage flow is measured at a preset duct system pressure. An elastomeric aerosol sealing compound is injected into the duct system until the leakage level is reduced to an acceptable level. When required, the duct leakage testing and sealing can be done from the roof to minimize disruption. 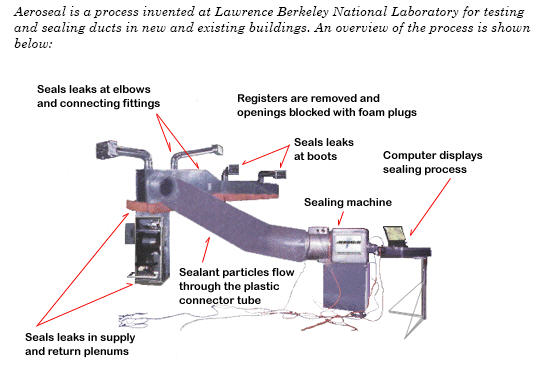 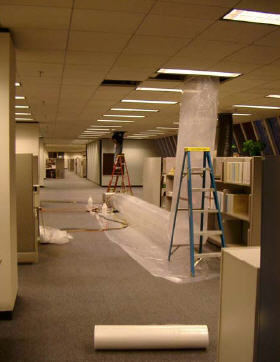